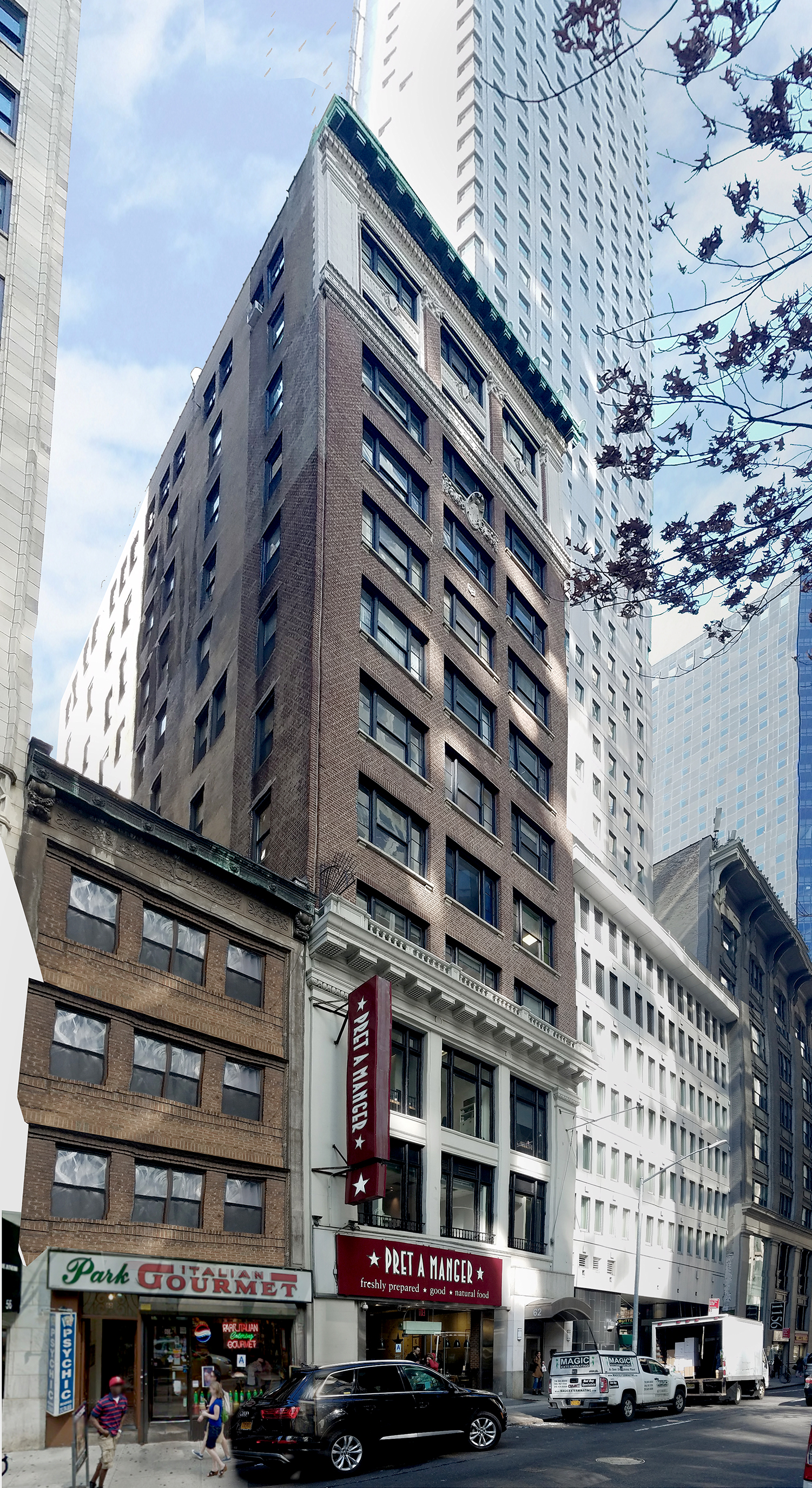 The 12-story brick and stone loft building at 62 West 45th was designed in 1910 by architects Rouse & Goldstone for the George Backer Construction Company. After construction it was purchased by Col. Nathan S. Jarvis in 1912. The Franklin Pratt Business School leased the entire sixth floor in 1911, and the building was occasionally called the “Pratt Building” in newspaper accounts. The Pratt Business School left the property due to space constraints in 1934. The building also hosted the Musicians’ Club of New York from 1912 to 1917.